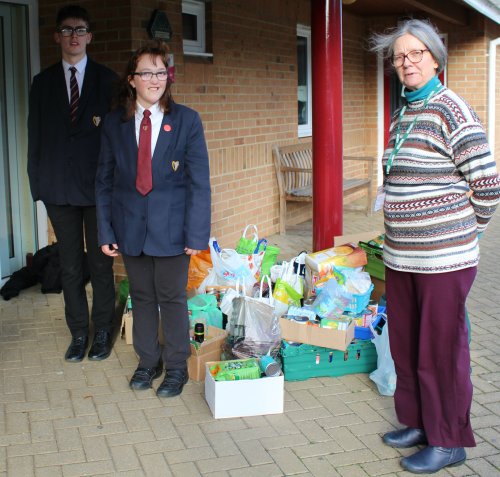 Students showed their kindness at St Dunstan's by donating to a foodbank for local charity 'Bridging the Gap'. In order to kick off 'Kindness Month' in association with Action for Happiness, students began donating to the food bank in the run up to Christmas in the hope that it would help those suffering financially during the festive period. Item most needed were tinned vegetables, fruit and meat products such as corned beef. In December, the students participated in a non school uniform day, donating an item to the charity instead of paying the usual £1.

The representative from the charity was so overwhelmed with the donations and had to make 2 trips in her car to pick up the items as there was so much. Well done St Dunstan's students and parents for your generosity!
<< Back to News List