Opening of the Memorial Garden 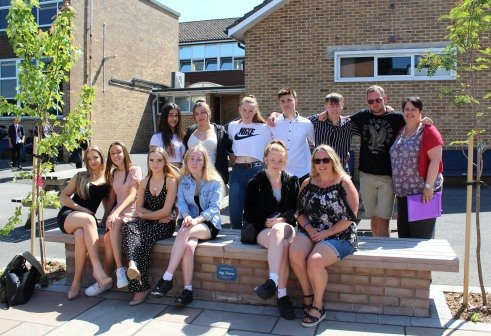 On Thursday 4th July, year eleven students at St Dunstan’s in Glastonbury attended school for the very last time. They enjoyed a leavers’ assembly followed by a barbecue which gave staff and students the opportunity to say goodbye. The occasion also marked the opening of a memorial garden to commemorate the life of Amy Thomas, a pupil who sadly passed away following a severe asthma attack in 2017. Her former class mates gathered, along with Amy’s parents Rachael and Martin, to officially open the garden which is located right at the heart of the school.

The garden was largely funded by the Tesco ‘bags for help’ scheme after local shoppers selected it using their blue tokens in the Glastonbury store. However, it would still not have been possible to create such a wonderful space without the kind donations from CRS building supplies, Perfect Pave Ltd and local architect Paul Tullett.

Headteacher, Keith Howard said “Originally the money from Tesco was ear marked to create a green space within the school, but following this dreadful tragedy, we felt it was fitting to create a space of remembrance and reflection, to commemorate such a wonderful young person, which will grow and flourish and become a key feature of the school for years to come. We are very grateful to the local companies who carried out the work and supplied materials and their time, Tesco for funding the project and the people of Glastonbury for voting for this project in the first place.”

Friends have already raised over £20,000 for Asthma UK in memory of Amy. Please visit amy-thomas.muchloved.com for further information and to donate